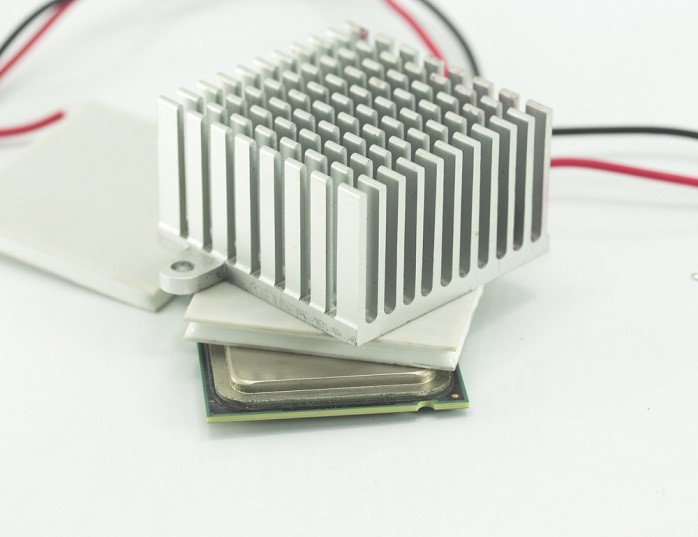 Thermoelectric coolers have a wide variety of applications such as printers, fiber optic systems, medical devices, and aerospace technologies. They have few moving parts and so require little maintenance. They have a long life, with a mean time between failures of over 100,000 hours. They are also flexible and small in size, do not create refrigerant emissions, and can be used in extreme environments with a wide range of ambient temperatures. However, they are also expensive, unsuitable for applications with high heat flux, and have a poor power efficiency compared to folded fin heat sinks.